* if you are only interested in “how to use expand appearance command in illustrator” jump here.

This document describes how to make a real-time reflection effect using adobe illustrator CC. Live mirror drawing is definitely fun if you know how to set up your Illustrator document.

“Live mirror drawing” means creating a symmetrical object by drawing only half of it. While you draw something on the artboard, the complementary piece is created automatically on the fly across the x-axis or y-axis.

The document also gives you information about how to expand mirrored objects in illustrator in order to copy and paste it into another file. If you are familiar with live mirrored drawing, you might have already noticed that sometimes it is impossible to select and copy the entire drawing. You think that expand appearance command should work for copying. What? Does it not work? because of the expand appearance greyed out in illustrator?

Learning the difference between “expand” and “expand appearance” command will help you to understand why you can not copy whole drawings and what to do. So, to copy your mirrored object you need to know how to expand your final symmetrical drawing.

Are you ready? Let’s get started.

As you may have noticed, the target icon next to the layer name in the layers panel is filled in gray. This means that the layer has an effect applied to it. if the target icon is clicked, the applied effect will be shown in the appearance panel. you may deselect the target icon by holding down CTRL/CMD key and left mouse click.

Step 3. Draw a fake guide for reflection, real guides for an easy draw

Since we applied an effect to the layer, anything you draw in this layer will be reflected either on the x-axis or y-axis depending on your setup.

Therefore, you need to draw a big circle, a rectangle or even a line that covers the entire drawing. This shape will be your fake guide and provides a constant midpoint.

Since this circle will limit the boundaries of the drawings, it does not need to be visible.

Now, the artboard is ready for mirror drawing but to make it more clear where the axis is, we need one more step to make.

The actual path is on the left-hand side. The right object is only an automatically reflected effect of the left one. Therefore you can not select both objects at the same time.

Step 5. Expand appearance to be able to copy whole objects

Sometimes having the mirrored drawing is not enough for the designers. They want to join the anchor points on both sides. This might be done if the mirrored effect is converted into the real path.

The solution is obvious: using Expand appearance command under the object menu.

Please note that expand and expand appearance command works for different purposes. expand appearance is active only if any effect applied on a path. Regular stroke and colors are not counted as an effect. Therefore the command is grayed out if there is no effect on a path. The same rule is applied for regular shapes and lines. Even the objects created using the shape builder tool and blend tool is not counted as an effect.

Method 1: Using the brush tool as a catalyzer

Brushes are the paths that certain effects applied to it. so the expand appearance command can be used for the brushes.

Now you have individual paths. you can join anchor points if desired.

Adding a new fill or stroke on a path is counted as an effect. Therefore the expand appearance will work for it. let’s do it.

if you have multiple and complex line drawings, adding a new stroke to any one of those lines will be enough for triggering the expand appearance command.

Thanks for reading this article. I hope you found what you were looking for.

Ok. For future work how about adding extra effects? if you completed mirror for the X-axis try adding mirror effect for the Y-axis

Cool isn’t it. let’s take one more step. Try adding multiple copies of the object by giving a rotational angle. This is a mandala. 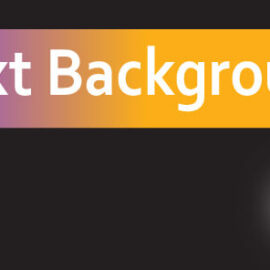 How to add background color to text in illustrator

How to select colors while using shape builder tool in illustrator